CES 2018 Recap: 11 Highlights to Get Excited About

The Consumer Electronics Show (CES) 2018 came to a close last Friday wrapping up a whirlwind of exciting new products and features announced in Las Vegas.

What makes CES one of the most anticipated tech events of the year is that nearly all of the world’s tech manufacturers aside from Apple, come together to unveil the biggest technology trends of the new year. We’ve narrowed it down to 11 announcements that we’re most excited for.

Skip to a Section:

Although many companies hold off on revealing new mobile phones until the spring, there was still a lot of Android talk that came out of CES 2018.

One concern many consumers have with smartwatches is the fact that they aren’t all that fashionable. Smartwatch makers have acknowledged this concern and have announced some alternatives. Kate Spade and Fossil are two big brands that are bringing fashion-forward smartwatches to the market. Consumers who are looking for a more stylish look are in luck now that these designer brands that are combing functionality and fashion.

The Kate Spade Scallop watch was revealed and boasts a customizable watch face and includes some exciting features, most notably, the weather effects on the dial which allows the user to check the weather in their location. Although these new watches didn’t showcase anything all that new in the smartwatch space, it does signal Android’s push towards fashion and functionality.

In the Samsung S8 and Galaxy Note 8, the fingerprint scanner was moved to the back of the device for convenience and comfortability. Apple, on the other hand, overlooked it completely and revealed the innovative FacedID for the iPhone X. Now, by partnering with Synaptics, Chinese smartphone maker Vivo has integrated the fingerprint scanner underneath the OLED display. The anticipated under-display fingerprint technology has been a hot topic for a couple years and now it’s becoming a reality as Vivo shocked the audience by showcasing the Synaptics-made tech in a working prototype. 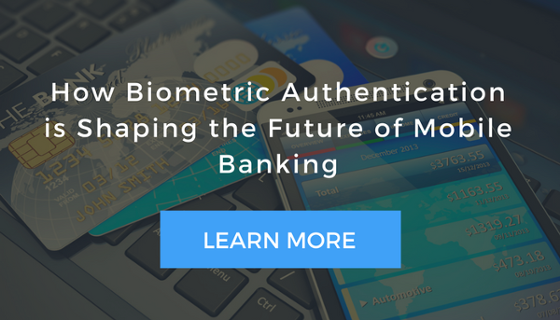 The technology works by looking through the gaps between the pixels in an OLED display and scanning the user’s unique fingerprint. Vivo claims that this technology is secure and battery-efficient. Scanning between OLED display pixels might be a bit slower than direct-contact fingerprint displays, but not by much. Vivo, however, didn’t announce many details. The likelihood that Samsung will beat Vivo in actually releasing the technology to the market is very high.

Now that Synaptics has begun mass production of its ‘Clear ID’ sensor, it’s likely we’ll see this tech being rolled out in other mobile phone manufacturers as well in 2018.

Some of the earlier headsets such as the HTC Vive and Oculus Rift, were competitive in price, yet still cost a lot of money. They were also difficult for users to set up, and had to be connected to a very powerful and expensive computer.

Several companies have been working hard to address these concerns, one being Lenovo’s Mirage Solo VR Headset in which users can experience on-the-go. This new VR headset operates as a standalone device, with no smartphone or computer needed in order to work. Everything is built in giving it a competitive edge against its rivals. Lenovo claims that it can operate on 7 hours of battery life, and although they haven’t announced a price point just yet, they confirm that it will cost less than $400.

HTC’s new virtual reality headset has 78% better resolution, which means users will experience much clearer text and graphics in the display. Vive has also addressed complaints of comfortability in previous Vive headsets. So, the new Vive Pro will have enhanced ergonomics and better balancing which means a more immersive experience for users.

Read Article: Daydream and VR: Why The Industry is Growing Faster Than Expected

This product marries both music and payments all on a Garmin watch, staying competitive with the Apple Watch. The Garmin watch even supports multi-sport modes, cycling, and swimming and will even last up to 7 days on one charge alone. 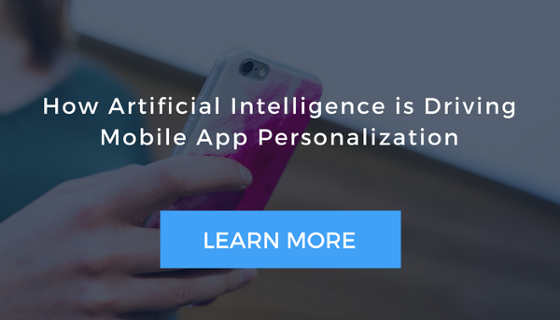 Consumers now have more products to choose from when purchasing a smart speaker. At the end of 2017, LG announced its 2018 audio lineup including which included a premium AI speaker. This new speaker comes with the assistant built in so users can ask for the weather, to control smart home devices, and so on. LG is pushing the speaker as an accessory built to interface directly with its other SmartThinQ products including its refrigerator.

We’re seeing smart refrigerators with built-in displays everywhere. However, the LG Instaview ThinQ stands out among the rest with a 29-inch touchscreen display. It runs webOS and can display the weather, recipes, and much more. This year, LG’s new screen has a more exciting feature. If you knock twice, it becomes completely transparent to display what’s inside the fridge.

Smart home security has become a very popular topic over the last few years. This year, the Aura was showcased and was among the most impressive in security. This motion detection device doesn’t use cameras or infrared sensors like smart security systems that are already on the market. Instead, it monitors Wi-Fi radio waves that fill the home and reads the different patterns as they bounce off of walls and furniture.

Last year, things didn’t look good for Google as Amazon absolutely dominated the show. Amazon opened up the voice platform to be integrated into nearly any kind of smart device. There wasn’t a lot of marketing push that went into the promotion of Alexa, it just organically appeared in all kinds of products and was the main buzz around the show.

This year, Google got a lot more serious about smart home technology and voice. They showcased a slew of smart devices that are powered by the Google Assistant ranging from smart speakers that have touch displays to appliances, and smartwatches. They have a lot of catching up to do but this was a step in the right direction for Google.

Google Installation at CES 2018 via CNET

The pressure is on to catch up with Amazon’s Alexa and it was evident that Google was doing everything they could to showcase their products. From a three-story installation in the parking lot to a rooftop coffee bar, and gigantic billboards, Google went all out to promote the Google Assistant. The structure showcased how all of these products work together to use Google Assistant. There was even a demo to showcase an assistant-enabled device that could control smart home devices such as lights, appliances, and so on.

According to Google, you can perform more than a million actions with the Google Assistant. However, it’s a challenge for users to discover these actions, so to address this concern, Google has launched a new directory page of Google Assistant skills in which users can search through the entire directory of actions or browse different categories. Google is putting a huge focus on voice as the smart-speaker war continues in 2018.

However, among all of the Google announcements made at CES to promote Google Assistant, there was arguably the most exciting, which was Android Auto. Google is now bringing the entire Google Assistant to cars everywhere.

Kitchen and bathroom manufacturer Kohler also revealed its new smart mirror, the first announced bathroom mirror that has Alexa built directly into the unit. Which means you can control the lights and access all of Alexa’s skills without leaving the shower. In fact, Kohler has been named a CES 2018 Innovation Awards Honoree for its new Verdera Voice Lighted Mirror.

Digital assistants are coming to smart glasses. The Vuzix Blade Augmented Reality glasses support Alexa so that users can ask for the weather and directions. However, it’s now up to developers to build apps that take advantage of Alexa’s capabilities and AR for these glasses to prove their value.

And of course, we can’t wrap up this list without mentioning Samsung’s unveiling of “The Wall”, a modular TV system that merges multiple borderless MicroLED TVs into one huge screen that measures up to 146 inches. It boasts 8K resolution and although Samsung hasn’t announced the pricing and availability of the product just yet, it was arguably the most impressive product in television.

According to Samsung, TV’s shouldn’t have to be one size. This is the new modular TV is made so that users can alter the size and shape of The Wall.

Samsung announced they’ll be adding their virtual assistant Bixby to their 2018 smart TV product line. Bixby will let users search for shows and control their TV by voice. But Samsung also announced that Bixby will integrate with their SmartThings hub as well. By using Bixby, users will be able to control their IoT devices by voice through their smart TVs. And with Google’s confirmation that the Google Assistant will be used in smart displays, wearables, and many other products, it’s clear that the craze of AI-driven digital assistants shows no sign of slowing, despite concerns of privacy.

Voice and smart devices will be used in every corner of the home in the coming years as these companies battle for market share. Samsung, Google, Amazon, and many other companies have given us a true glimpse into the future of smart living. The Consumer Electronics Show is the biggest technology show in the world and each year it sets the tone for what’s to come and this year, it’s clear that voice will dominate 2018.

Google Plans To Improve App Security: What Does This Mean For Android Apps? Previous
How Is Amazon Alexa Fueling The Next Generation Of Mobile Apps? Next

Mobile App Vs. Mobile Website: A UX Comparison – Which Is The Better Option?88 Total Shares