What do you do once you decide that developing an app is the right solution your brand needs to resolve a core business problem? Well, when you begin planning your technical requirements, you need to decide what platform you want to develop on, but how do you decide which platform is right for your product?

With iOS and Android owning 97 percent of the global mobile market share, the ideal approach to mobile app development is to build and launch for both platforms. However that’s not always possible – constraints like time, budget, and resources can prevent you from developing for both OSs at once. Instead, you may want to consider launching on one platform first and then introduce a second platform at a later date.

Each platform has distinct advantages, so it’s important to do enough research to understand which OS properly aligns with achieving your product goals.

This article is a comparative guide examining both iOS and Android in four key areas: audience, monetization, project timeline, and budget to help you decide whether iOS or Android is the right choice for your product.

Right away, the differences in the users iOS and Android attract are noticeable. To choose your ideal OS, you need to define what end goal your app aims to achieve and which audience is important to your business model.

Android has the greatest global market share sitting at around two-thirds and gets more app downloads than iOS. Sensor Tower reports that the Google Play Store pulled in approximately 75.7 billion first-time app installs worldwide in 2018. Comparatively, the App Store only drove 29.6 billion. While Android might rake in more downloads, iOS users tend to exhibit higher engagement rates and spend more on apps and in-app purchases.

Also, Android witnesses a lot of popularity in lower-income and developing countries, while iOS users tend to live in North America and Western Europe. iOS users are also typically younger with higher incomes and more education.

Your monetization strategy plays a large role in determining which platform to develop for first. Each OS lends itself well to opposing monetization strategies. From a revenue standpoint, it’s a well-known fact that iOS apps make more money. Even though Apple has fewer users and generates fewer app downloads, the App Store brings in much more revenue. At the end of 2018, Apple’s App Store generated about 88% more revenue than the Google Play Store. If intend to monetize through a subscription model or in-app purchases, iOS is the more lucrative platform. On the other hand, Android apps tend to monetize successfully with an ad-based model.

Despite iOS’s significant lead in revenue, the Google Play Store did see an increase of 27.3 percent in consumer spend year-over-year.

How quickly do you want to get your app to market? Your timeline can play a huge part in determining what platform is best to develop for first. Developing for Android generally takes more time due to longer release cycles and device fragmentation. Building an app that is compatible with multiple Android devices generally takes more time: there are thousands of Android devices which have a variety of screen sizes and OS versions running.

Even though Apple owns all the hardware and software, and there are far fewer iOS devices than Android devices, iOS devices are becoming less standardized than they have been in the past. Since the introduction of the iPhone X series, developers now have more screen sizes and UI constraints to work around.

While building for iOS can sometimes be quicker, it can also take longer for the App Store to approve your product with the strict regulations and quality expectations in place. In contrast, Android apps typically take a day or two to get approved and updates can be pushed within a matter of hours.

The cost of mobile app development comes down to the scope and complexity of the project; the larger and more complex a project is, the more it is going to cost. There is nothing inherent to either iOS or Android development that makes one more expensive than the other.

Ultimately, your decision to build for iOS or Android first is going to come down to what works for your business.

If your target user is North American, higher income, and you plan to monetize from in-app purchases, you likely want to go with iOS first. If you’re aiming for a broader, global market and plan to monetize through advertising, Android may be the better bet.

Is there another option?

In some cases, a web app can be the best option for your business. Web apps are essentially websites that look like native apps, but they don’t take up any storage on a user’s device. A major advantage of web apps is you can develop one app for both iOS and Android platforms as long as it can run in a web browser like Chrome, Safari, or Firefox. Web apps are an inexpensive option compared to native development, they’re easy to build and relatively easy to maintain. However, in most cases, web apps are far less interactive and intuitive than native apps and cannot leverage device hardware or utilities.

Again, choosing the right platform for your mobile app depends on the app content you intend to create and overall business goals. It comes down to looking at your target market, as well as core user demographics and choosing the option that best fits your business.

Can’t decide whether you should choose native development or web development? Read our Guide to Mobile App Development: Web vs. Native vs. Hybrid to learn more about what approach best suits your mobile strategy. 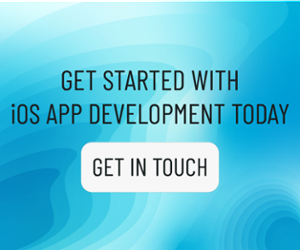 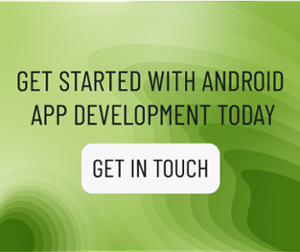