The Top iOS 11 Features To Consider For Your App

Anticipation for iOS 11 has been at an all-time high ever since WWDC 2017 took place back in June. The new mobile operating system powering the iPhone and the iPad is available September 19 bringing a slew of exciting new features.

Apple is releasing peer-to-peer transactions with Apple Pay, a redesigned App Store, and improvements to augmented reality to users everywhere. While the new features are mainly consumer-facing, there are just as many exciting announcements for iOS developers. From additions such as Drag and Drop, to ARKit, to improvements in existing frameworks, there’s something for every type of app in iOS 11.

Here’s a list of the most exciting new features available in iOS 11 that app developers need to consider to remain relevant in the competitive app market:

Skip to a Section:

Apps can now offer transactional features through Siri’s voice control. This is particularly useful in banking apps, as users can ask Siri to transfer money, view their balances, or even pay their existing bills. What’s more, is that Siri can now pull up lists, such as grocery or shopping lists within a retail app.

It’s apparent that voice is becoming an essential interface as it offers users with an abundance of benefits. The idea of having a personal assistant to help tackle everyday tasks is becoming more appealing to users everywhere. However, intelligent apps are not just limited to digital assistants but for a variety of purposes from security to e-commerce. Today, many companies are applying AI in their mobile apps to transform the customer experiences. AI integrations have been heavily influential in app development for several years already, beginning with Apple’s Siri and it has potential to advance much more in the coming years. Supporting SiriKit should be a high priority for app developers as voice integrations grow in demand.

Apple is focusing on machine learning in the new iPhone and are making it easy for developers to join in with this new technology. In iOS 11, there are many additions to the new vision framework as well as Core ML, a toolkit that makes it really easy for developers to integrate machine learning models into their apps. The iOS 11 Vision framework uses can range from text, barcode, face, and landmark detection to object tracking and image registration.

The new machine learning framework called Core ML is designed to support a wide variety of models rather than just examining images. Similarly, TensorFlow Lite, announced at Google I/O, runs on devices as an alternative solution to running in the cloud. Apple has contrarily focused on CoreML to run specifically on their own devices with products such as Siri and the Camera. This focus on machine learning is driving a whole new class of mobile app possibilities.

ARKit is a toolkit for developers that allows apps to have a native augmented reality framework. It allows apps to use computer vision for object recognition, and virtual objects can be placed on the display that are context-aware.

ARKit is said to be the largest augmented reality platform in the world now that iOS 11 has been released.

“The major change in iOS 11 is going to be the rapid influx of new AR apps. With the AR Dev Kit we will have developers, artists, agencies, brands, and young tinkerers dropping AR Apps like it’s 2016 and the word chatbot was just invented.”  – Brandon S. Kaplan, CEO of Skilled Creative

The question many people are asking now is who can benefit from augmented reality? AR has been found in apps many years before the PokémonGO craze. Basically, any app that has a “real world” component can benefit from AR.

One of the biggest new features in iOS 11 is the new App Store redesign, particularly, the new product page, which allows app developers and marketers a fresh new way to market their apps by showing off app features and usability. Here are a few significant App Store changes which will redefine the way users discover and download apps:

App name: For a long time, Apple was battling against keyword stuffed names which were partly visible in the App Store. Originally, there was a maximum of 255 characters for the app name. A year ago this number was reduced to 50 characters. And now it’s down even further to 30 characters.

“ASO isn’t just about keywords and images, it’s about convincing someone WHY they should download your app. These amateur keyword stuffing techniques won’t work anymore. Why? Because, most importantly, Apple has updated HOW search works on the App Store.” – Kathryn Kosmides, Director of Marketing at SummitSync

Now, the opportunity to put valuable keywords into your app’s name becomes even more restricted, which is why it’s more important than ever to pick the right primary target keyword to include in your app name. The app name should also be directly related to the purpose of your app, and if this is not the case, your app may experience rejection from the App Store. 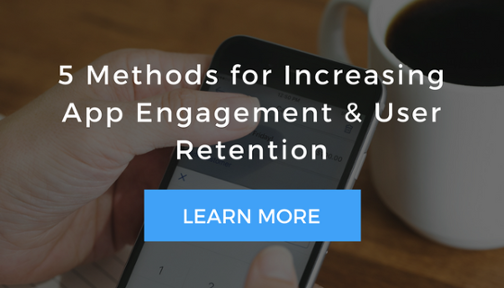 Subtitle: The app subtitle enables you to communicate your value proposition as an extension of the app name. In iOS 11, there is a new indexed subtitle with 30 characters maximum. The app subtitle appears below the app’s name throughout the App Store. Use this field to further communicate the value of your app as concisely as you can and be sure to include a few of the best keywords to optimize your app in the new App Store.

“For existing apps that have 50 characters in their app name, only the first 30 characters will be indexed by the App Store search once you have also used the app subtitle field. This is your chance to describe what your app is about and communicate how your app is more valuable than anything else on the market.” – Sanjay Malhotra, CTO at Clearbridge Mobile

Ratings: A few important changes have been made to the way the App Store displays and handles reviews and ratings, which are given greater importance.

Developers will also be able to determine when to reset the average rating of your app. This allows developers to erase bad ratings so that they properly reflect the current quality of the app. Most importantly, you need to ensure that your app is functioning properly without any bugs before you ask for a rating. Look for moments when users are most likely to feel satisfied with your app, like after they’ve completed an action, accomplishment, or task.

Apple also announced that starting with iOS 11, developers will no longer be able to ask users for ratings in their apps unless they are using the built-in ratings controller. The controller is a part of the iOS SDK called the SKStoreReviewController.

Recommended Reading: What Do The App Store Updates Mean For Your App?

The much needed revamp of the new iOS 11 App Store helps developers with app visibility, allowing them to better market their products and bring more relevant apps in front of iOS users. These are just a few of the changes made to the new product page, which are indicative of Apple’s attempt to enhance the overall user experience, making it less cumbersome for users to find what they’re looking for.

An exciting addition for App Store updates will be the new “phased releases.” Up until now, Apple has required an app update to hit all users at the same time.

Phased releases can be beneficial for app developers in a number of ways. Most significantly, it may help from a testing standpoint if you want to see how users like a certain new feature before it’s released to all users. Also from a marketing point of view, it allows you to release an update to a specific region at certain times.

Now in iOS 11, apps allow you to engage with notifications while the device is still on the lock screen. Users can now like or comment on photos or video without having to open the app. In some cases, users can also make certain notifications private. This is taking the user experience beyond the app, allowing users to engage with app content without even having to open the app first.

Apple Pay is also an exciting new feature introduced in iOS 11. Similar to Samsung Pay, Apple Pay will let users transfer their money to friends and family. Users can now open the Apple Pay through the Messages app and send money from debit or credit cards. What’s more is that it also supports Siri voice commands.

Now, with the new iMessage app in iOS 11, users can shop, make appointments, and receive customer service. This push to interact with businesses in real-time is addressing the high demand of immediate, personalized customer service.

A similar feature exists in Facebook Messenger, however, Apple does not require businesses to have a social media account. Customers can search for a business in iOS via Safari, Maps, or Siri, and from any of those services, they can open iMessage and chat with the business. According to Apple, “Business Chat helps you build persistent, long-lasting relationships with your customers.” Apple seems to be providing developers with more customer access as they recognize the importance of real-time customer service.

The main benefit of Drag and Drop is to assist users with multitasking. Users can now move content inside apps or between apps while using their other hand to manipulate apps while dragging. Users can even use the new dock system to activate other apps while they are in mid-drag. Developers can make anything draggable, from Photoshop layers to items that are in-game.

However, the Drag and Drop functionality on the iPhone will not work the same way as it does on the iPad.

Xcode 9 may be the most exciting Xcode release for developers as it comes with a myriad of new features alongside iOS 11.

This release mainly excites developers, particularly this year as it includes a brand-new compiler written specifically for Swift. Apple announced that this new Swift compiler will improve build times and file indexing, two major pain-points for developers. The Xcode updates will drive developer adoption and encourage swift development as it is said to improve efficiency, saving companies development time and cost.

Apple has officially ended support for 32-bit apps. So, make sure your app runs smoothly and does not have any compatibility issues with iOS 11. Too many apps are overcrowding the App Store, making it difficult for users to find what they’re looking for. It’s evident that Apple is focusing on the quality of apps rather than the quantity as they announced that there are now 500 million weekly visitors to the App Store who have downloaded more than 180 billion apps to date. For active app publishers and companies looking to publish an app, this great news as there will be far fewer broken and outdated apps which will amount to greater exposure of quality apps.

This list of powerful features Apple released in iOS 11 such as Core ML, ARKit, Vision, Drag and Drop, and so on, are new upgrades that you should consider for your app. It’s now up to iOS developers to build apps that are compatible with iOS 11 and offer users with a better overall user experience.

AirBnB Wasn’t Built In A Day: Lessons On Mobile App Scope Previous
Missed The Apple Special Event? Here Are The Biggest Announcements Next

Mobile App Vs. Mobile Website: A UX Comparison – Which Is The Better Option?88 Total Shares